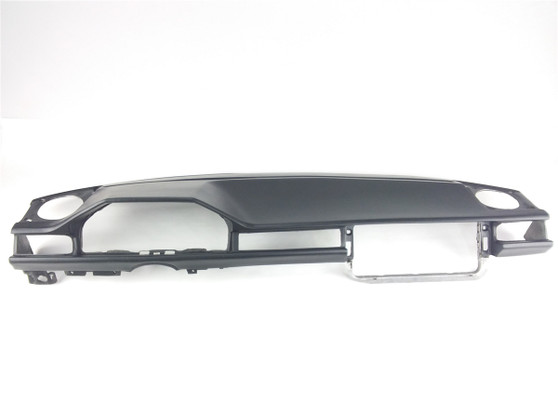 This is a brand new Mercedes dashboard, manufactured by a supplier of high-quality interior parts for classic European vehicles.
It has a steel internal frame, surrounded with foamcore, and then wrapped with OEM-quality vinyl--very close to the original manufacturing process used by Mercedes-Benz.
Left-hand drive only. This is the style for models from 1985-1993. Will fit later models but with slight differences.

Dashes do not include any attachment parts, though we may be able to supply those separately, including restored wood trim pieces and vents.

Mercedes OEM Remanufactured M119 Gas Engine. This is for a longblock Mercedes-Benz motor rebuilt to …

This is a brand new pair of Mercedes sun visors, manufactured by a supplier of high-quality interior…